Perhaps the biggest surprise of my life as a parent thus far has been the fact that I do not hate Disney World. I fully expected to, for all the obvious reasons. The most I could hope for, I assumed, was the satisfaction of seeing wonder on my kids’ faces—a wonder I certainly wouldn’t share. Turns out it’s hard not to be impressed by the massive operation that is Disney World. The constant infrastructure updates alone would provoke envy in any campaigning politician. And if you pull the right strings, there are wow moments aplenty to be had—but it will cost you. “Want to take the family on an African safari instead?” my incredulous husband asked during the planning of our recent trip. “Or stay at the Crillon and shop Paris as you please?” Because, truly, reader, this was the amount of damage we were about to do. But, alas, we were ­Orlando-bound.

We made our first Disney trip years ago, when we had only two children. At the time a discerning friend said that I must book the Four Seasons Resort Orlando. We had already chosen one of the Disney resorts that sit along the monorail, which would render trips to Magic Kingdom and EPCOT with our stroller­bound little ones seamless. She gave me a half-amused, half-withering look. “Live and learn, Danielle,” she said. “Live and learn.”

Well I have, and while I maintain that the three monorail hotels—the Grand Floridian, the Polynesian, and the recently refreshed Contemporary—are worth considering, there is no doubt that the Four Seasons turns an obligatory family trip into a bona fide vacation. The rooms are sleek, the restaurants are legitimately good (no Winnie the Pooh buffet!), the concierges are unparalleled ­problem-solvers, and the facilities—infinity and splash pools, water slides, a lazy river, and a kids club—could persuade even the most ­Disney-­obsessed child to allocate time for relaxing poolside. Also, conveniently close to the pool is the super-luxe spa, which means it’s possible to slip off for an hour of bliss before your family even notices you’re gone.

The brutal truth: Disney is far more crowded, and costly, than when you were a kid. After you’ve purchased the flights, the hotel, and the very expensive daily admission to the parks, you can expect to spend most of your day waiting on lines that stretch to two hours long. It’s a depressing ROI. The only way around this is—you guessed it—to throw more money at the problem. Those in the know are aware of Disney’s Private VIP Tours, which cost approximately $600 per hour for a minimum of seven hours, not including tip—a price enough people are apparently willing to pay that these guides must be booked as soon as you are able (60 days before your trip, or more if you’re staying at a Disney hotel. Many Four Seasons customers quietly book a cancelable Disney resort room for the early access). In return for this princely sum you get a day with a guide who can bypass all of the regular lines, including the one for the new, fabulous, and otherwise almost entirely inaccessible Guardians of the Galaxy rollercoaster, as many times as your lucky child’s heart desires. 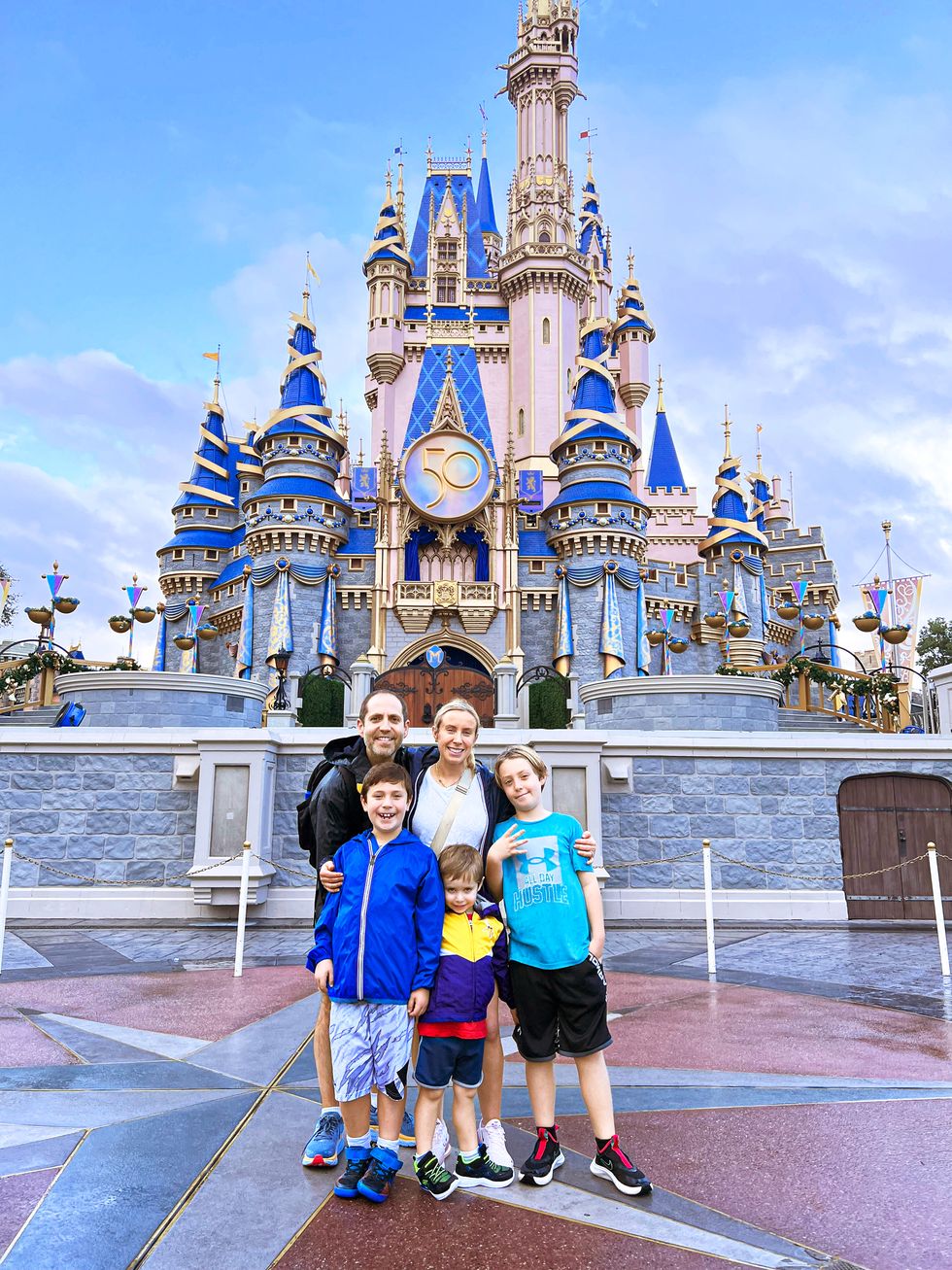 On our day with Eric, who had a wry sense of humor for a Mickey Mouse emissary (and who had conquered a job application process with an acceptance rate that makes Harvard look like a community college), a hurricane passed through Orlando, closing the parks until 1 p.m. Nevertheless, we managed to do all of EPCOT and Hollywood Studios—every single ride—before dinner­time. There were top secret back entrances, unpublished Disney trivia, and delicious snacks presented to us seemingly out of thin air throughout the day. It was, truly, magical. We fretted—we still fret—that this was precisely the sort of thing that will ruin our children, turn them into entitled jerks. But when you see the lines at Disney, you will understand our decision to sell their little souls.

The alternative is not to be your own guide. You can certainly do it—I did on our first trip—but it means spending your days with your nose buried in your phone, frantically trying to book elusive “lightning lanes”—Disney’s system for doling out time slots in which you can avoid the regular line. No, the option I’m referring to is the “unofficial” Disney guide. There is an entire industry dedicated to giving you the VIP Tour experience for half Disney’s price. The caveat is that unofficial guides have no special privileges, just the superpower to navigate the parks and maneuver Disney’s lightning lane system on behalf of your family better than most mere mortals. It’s a more hectic experience. These guides want you at the park before “rope drop” (often 7:30 a.m.) so they can take advantage of the thinner early morning crowds, and you can get whiplash running back and forth between the rides they manage to snag lightning lane passes for. They also specialize in one park per day; “park hopping” is not very effective with an unofficial guide. That said, multiple savvy travelers, including our fabulous travel agent, Josh Alexander of Protravel International, recommended one company—World Class VIP—and indeed our lovely guide Mollye was a total veteran, getting us on every Magic Kingdom ride before the rain began to fall at 3 p.m. and managing to find us the world’s best spot from which to watch the daily character parade.

Of course, the most crucial thing is to channel your inner kid: scream on rollercoasters and wave maniacally at princesses. Then at night go to the Michelin-starred steakhouse at the top of the Four Seasons and, as your children stare slack-jawed at the fireworks exploding in the distance over Cinderella’s castle, order yourself a ­Dumbo-size martini.

This story appears in the February 2023 issue of Town & Country. SUBSCRIBE NOW